Half American Half Japanese

He is Scared Of Sensei

His Mother And Father

AJ is not an boy from a rich family he is from an higher middle class family. his father robin jones is an banker in USA and his mother is an tutor in kasukabe. he lives with his aunt in nobitas town

Nobita: he is best friends with nobita since he was 5 years old

Doraemon: he is really close with doraemon he helps doraemon. thats why doraemon is going to be a important member of the club

Suneo: he is suneos best friend. suneo believes in him suneo helps him in the money matter for the club 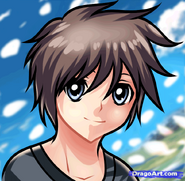 Add a photo to this gallery
Retrieved from "https://doraemon-fanon.fandom.com/wiki/Aj_Styles?oldid=8661"
Community content is available under CC-BY-SA unless otherwise noted.